The TCCT has considered and commented on becoming a member of the Regional Comprehensive Economic Partnership (RCEP). The TCCT has commented on Chapter 13 of the draft RCEP agreement (Competition), made a Thai translation of the agreement, summarized the trade competition, and assigned a representative as a lecturer in the public hearing project “In-depth analysis of RECP, and preparation for use and adaptation”. The negotiation stated herein has concluded.

The TCCT has coordinated with the Office of the Consumer Protection Board of Thailand and commented on the expansion of trade competition scope to cover consumer protection. There is also coordination with the Department of Trade Negotiations and participation in preparatory meetings for the joint ASEAN-Australia-New Zealand Free Trade Agreement commission meeting. The TCCT has prepared for discussion with the ASEAN Secretariat, OCPB, and DTN for negotiations in relevant issues.

The TCCT has prepared for and attended the EU - Thailand Free Trade Agreement meeting for policy-making. The TCCT sees that the Trade Competition Act B.E. 2560 has covered all issues, and the current FTA will benefit the TCCT in forming international cooperation.

The TCCT has prepared for and attended the Thai preparation commission meeting to define the scope of the EU – ASEAN Free Trade Agreement. Important trade competition issues that the TCCT needs to consider and participate in are enforcement of trade competition laws on state enterprises and government support.


1.7. Provision of information and comment on the WTO’s operations 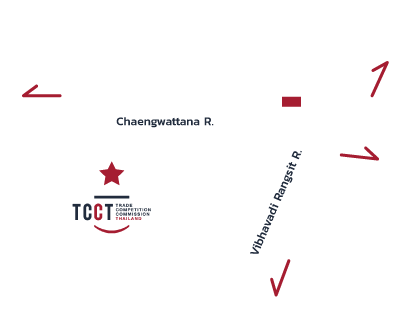